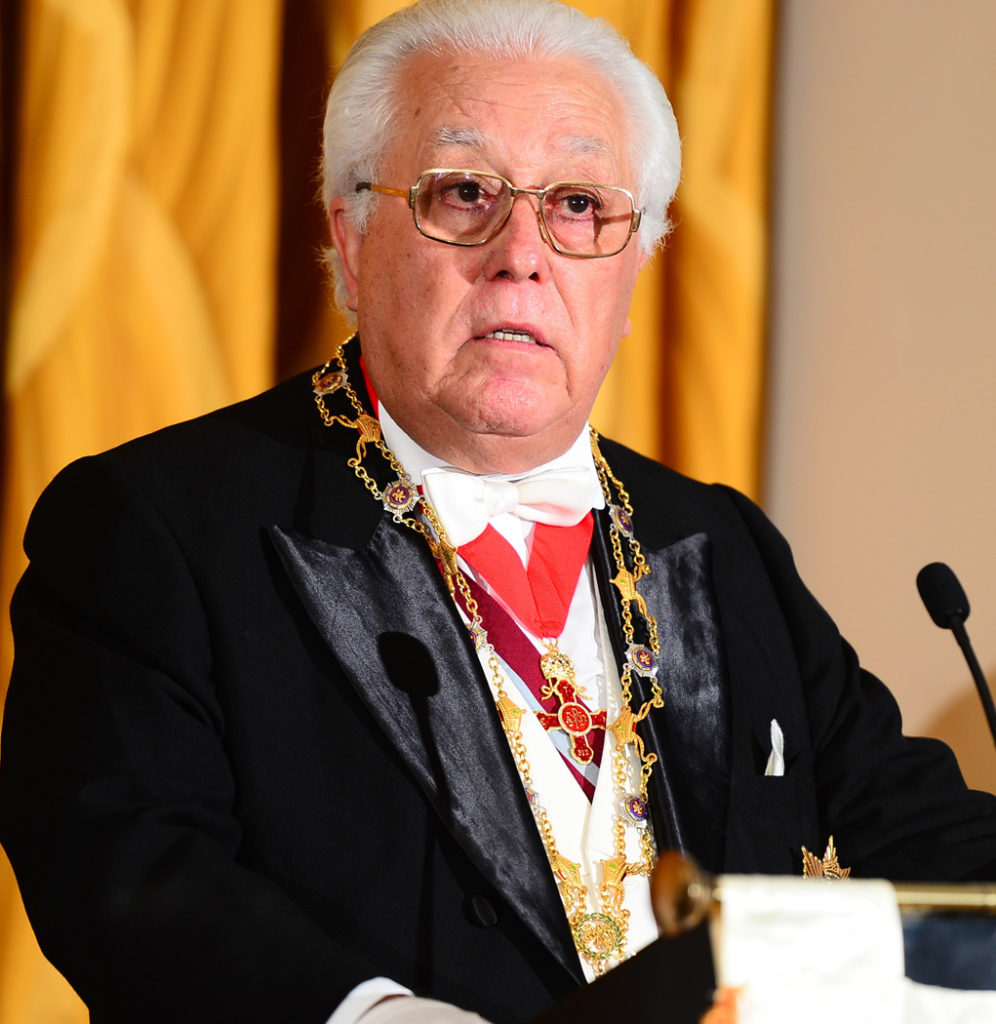 The Royal House and Sovereign House of Cappadocia and San Bartolomeo’s Vision is to perpetuate and expand the knightly virtues, to encourage intellectual rigorousness, to recognize the exemplary conduct and achievements with membership in its three Royal Orders, and to enhance society with leadership programs which nurtures, develops, and inspires the Innovators of tomorrow.
One of its Orders of Chivalry, The Royal Order of Constantine the Great and Saint Helen Foundation, a 501 (c) 3 non-profit organization based in the United States, consists of 21 Grand Priories, Priories, and Chapters.  Its members consist of Squires, Ladies-in-Waiting, initiated Benefactors, Knights, Dames and Nobles throughout the world.

The Principality’s and the Royal Order’s  goals are aligned and focused on governance based on best practices,  by empowering all “Stakeholders”, “Members of our Orders,” and the “Innovators of Tomorrow”, and inspire each to bring honor to our Royal House in the defense of noble causes and the less fortunate.

Therefore, our Initiatives include:

To perpetuate and expand knightly virtues, to encourage intellectual rigorousness, to recognize exemplary conduct and achievement, to enhance society through leadership which nurtures, develops and inspires the innovators of tomorrow. We believe in the power of Faith, Hope, and Charity. Faith in Chivalry; Hope in our Members, Knights, Dames, and Nobles; and Charity.

To create a forum for the worldwide community by recognizing worthy men and women of exceptional accomplishment, who share our belief in chivalry and in the power of Faith, Hope, and Charity, and therefore deserving being part of the Royal and Sovereign House of Cappadocia’s Orders of Chivalry and its Nobility.

Dames, Knights and Nobles of the Orders of Chivalry of the Royal Order are authorized to propose Nominations for Knighthood in the following eight (8) Recognition Categories:

Royal and Sovereign House of Cappadocia
and San Bartolomeo,

Duke of Styria of Cappadocia,

Duke of Aswan of Cappadocia 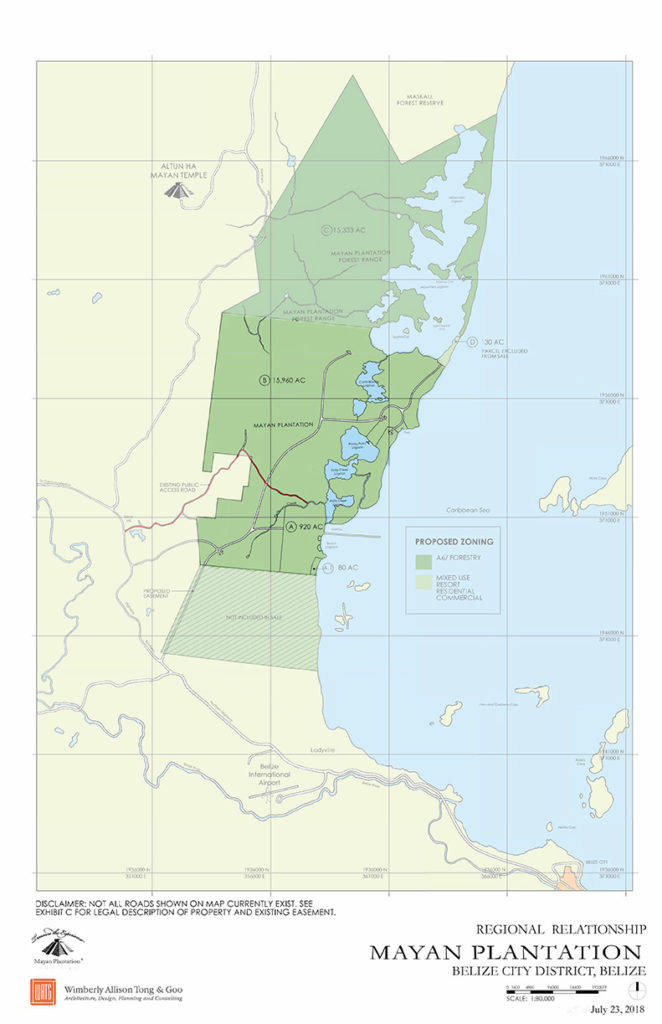 Please read the booklet “WHY BELIZE: Our Story – Our Vision” and should you wish to support or actively participate in achieving our Dream and Vision. Contact Us.

Mayan Plantation, Limited (“MPL”) a privately-held Hong Kong-based land holding company, is the owner of one of the largest, private fee-simple properties. It consist of 32,423.45-acres of land and about 7,000-acres of lagoons, lakes, and rivers in the beautiful eco-tourism nation of Belize, the only English speaking nation in Central or South America. Due to the property’s close proximity to the International Airport, bordered inland by the national highway, with miles of Caribbean shoreline, it may possibly be one of the most strategically located properties of Belize, the heart of the ancient Maya Kingdom.
On December 1, 2017, the Principality of Cappadocia, Inc., and MPL executed a Purchase and Sale Agreement of all shares of MPL, this nearly 45-year old holding company.
NAAB NAL BELIZE
We are proud to introduce to you today’s MPL’s product of so many years of challenges, planning, studies, collaboration, hard work, and sacrifices. At the same time, we hope we can also give you a glimpse of tomorrow: Where we are headed and why we plan to convert our strategic, amazingly beautiful, sixty (60) square-miles Belize shoreline properties into a culturally sensitive, green living learning laboratory for sustainable human development.

First, a region-wide Benchmarking Study was prepared by the IC² Institute at The University of Texas https://thebelizefoundation.org/2015/08/27/report-knowledge-based-benchmarking-for-best-park/

A major focus of the Institute’s research and implementation activities is to accelerate wealth creation, sustainable development, and prosperity sharing through technology-based growth, at home and abroad.
A Historical Master Plan to preserve the natural resources and restore the many Maya sites was prepared in collaboration with faculty and graduate students of Texas A&M, the IC2 Institute of the University of Texas at Austin and Harvard University’s Graduate School of Design.

The Principality of Cappadocia, Inc., through its Board of Directors, will oversee the engagement of the best possible team for MPL to guide the conversion of the entire 39,000-acre property into a diverse, sustainable, smart New City (Municipality), in which to live, study, work and play. These efforts should result in the creation of a powerful “Economic Engine” for the benefit of its shareholders, all stakeholders, and the people and government of Belize. This goal is similar to that of the hugely successful conversion of the James Campbell Estate’s sugarcane plantation on the Island of Oahu, into the City of Kapolei in Hawaii, http://kapolei.com/and its Ko’olina Resort http://koolina.com/ featuring the Aulani Disney Resort, a Marriott Resort and a Four Seasons Resort, on four picturesque man-made lagoons in the State of Hawaii. See Sister/Friendship City between Honolulu and Belize City.

We believe we can uplift the social and economic status and opportunities of all stakeholders, especially the of the young people of Belize and create a model for other emerging Nations.

Belize gained its independence from England in 1981. It is a member of the Commonwealth of Nations, with English and Spanish being the primary language, its currency is pegged to the US currency USD $1.00 is BZD $2.00, the government is based on British common law, with Her Majesty Queen Elizabeth II being the Head of State.